After switching from Windows/macOS to Linux about 1.5 years ago I tried many different Linux distributions and desktop environments. I do not want to go into details why I am running Arch Linux (Manjaro) in this post but rather talk about the “visual engine” in the background: the desktop environment. Strictly said, i3wm is not even a desktop environment but rather “only” a tiling window-manager^[https://www.zdnet.com/article/how-to-customize-your-linux-desktop-i3-window-manager/]. The key point is that most navigation is done via the keyboard. Windows cannot be re-sized with the mouse (by default) as they do not open in floating mode but only in full-size unless they are split in half (or further) by opening other applications.

So while the two major Linux DE’s nowadays (KDE and GNOME) provide more and more options in every update, optimize their look and feel and so on, they also take quite an amount of memory. This scales up with all applications that a user opens. Also, both DE’s come with their own GUI-toolkits (GTK <-> QT) which softly force the user to use apps built with their toolkit. The other one usually looks odd^[There are workarounds to this, but they usually require some work and applications still look not fully equal in terms of their graphical appearance.].

Once you trained your brain on your keybindings, navigating on the laptop becomes so easy. You can even observe your new skill when you see other persons scrolling and navigating with their touchpad. Your brain immediately starts to think “Oh, I would just hit one/two keys to do this. It takes person X 5 seconds.”. Nevertheless, I concede that I still use the touchpad - e.g. for scrolling webpages sometimes (even though I mainly use the “Site up”, “Site down” keys). 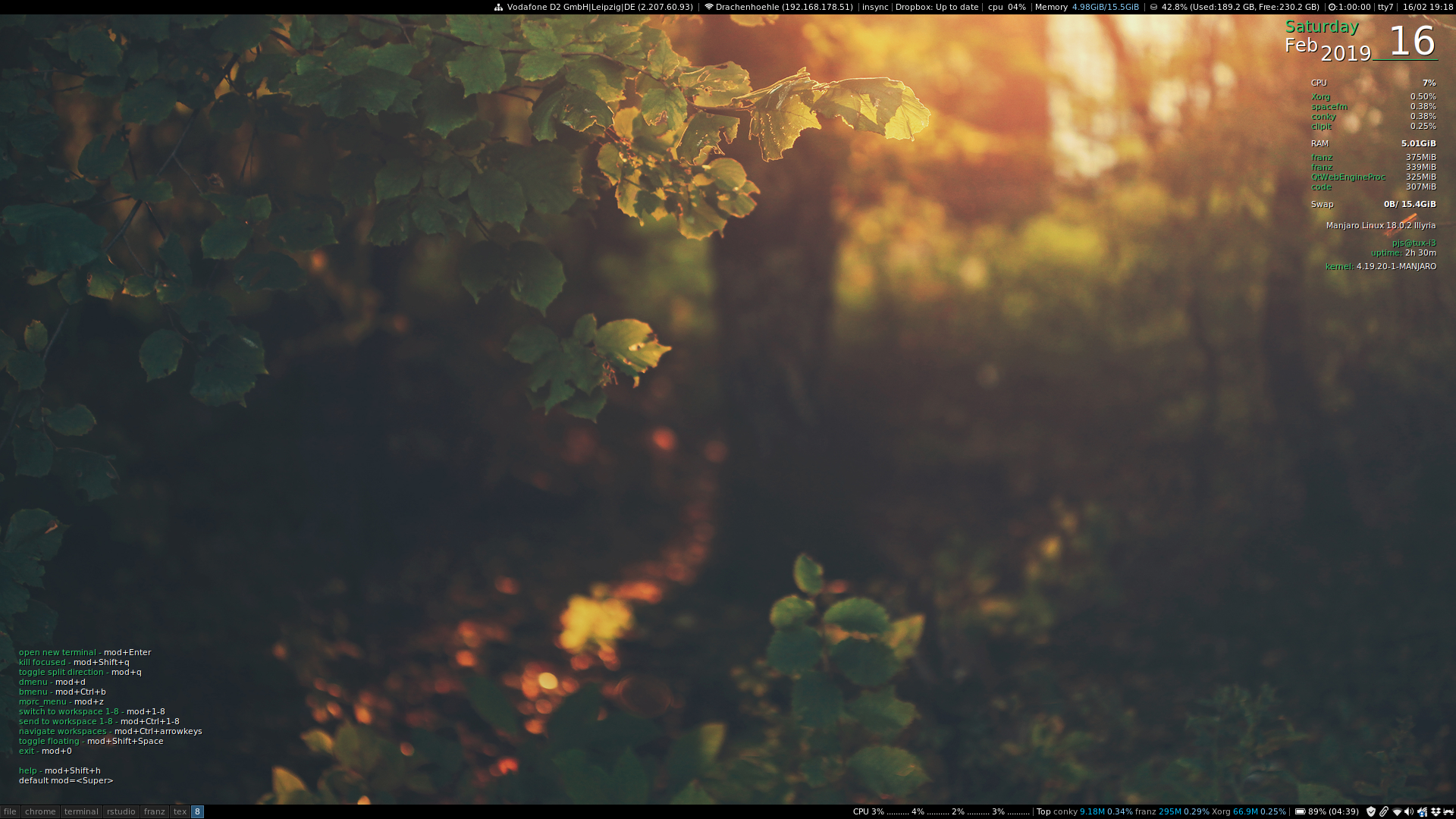